What should happen to a prosecutor who makes such a serious mistake that a conviction is thrown out? What if that mistake was made in a case as serious as murder or sexual assault, potentially leaving the possibly-guilty defendant to walk free? One would think that prosecutors would face serious repercussions for such weighty mistakes. However, one would be wrong.

A new report from the ACLU reveals that assistant prosecutors accused of multiple violations over the years never faced discipline from the ethics board or the state Attorney General’s Office.

“It’s a subject for training, not for discipline,” said Camden County Prosecutor 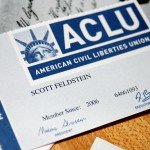 , about the errors that have cost numerous cases statewide.

The study revealed that out of 570 cases studied between 2005 and 2011, there were 229 prosecutorial errors committed. Fifty-three of those cases resulted in overturned guilty verdicts. Another 17 were overturned without determining error. In 267 cases, allegations of prosecutorial error were determined to be unfounded and the convictions were upheld.

Most of these errors were one-time events, where the assistant prosecutor made a mistake once and never again. But 30 of the 343 prosecutors in the report committed multiple errors.

Alex Shalom, an attorney with the ACLU and co-author of the report said, “the lesson to be learned on a statewide level is that prosecutors do a great job, but there aren’t good systems in place to ensure that.”

While most prosecutorial mistakes are just that—accidental mistakes, safeguards must be in place to protect the people before a mistake happens, to prevent miscarriages of justice.

In Essex County, where the highest criminal caseload is maintained, there were 13 errors resulting in conviction reversals. This accounted for about 24 percent of the states total. Acting Essex County Prosecutor Carolyn Murray says this is likely due to the heavy caseload and the types of cases her county handles—more likely to be of a violent nature, like assaults.

“We’re talking about hundreds of trials and a handful of cases that are problematic,” she said. Murray added, “we expect our prosecutors to conduct themselves in accordance with the case law and to certainly not commit harmful error deliberately.”

While the ACLU doesn’t accuse anyone of deliberate mistakes and deliberate prosecutorial mistakes are likely pretty rare, safeguards should be in place to hold repeat-offenders accountable through ethical sanctions.

While defendants can depend on the appeal system to hopefully help them in cases where a prosecutor makes an error leading to their conviction, to have to wait for this system is a travesty.

When you are accused of a crime, you need someone on your side looking out for your best interests at every juncture. Contact my offices today to discuss your case and how I might be able to help.