For many lawmakers, the reality of addiction is not something they’ve ever experienced personally, within their family, or even met face-to-face. When you operate from the basis that drug addiction is a problem for “other people”, it’s difficult to see the value in helping them overcome it rather than just punishing them when their addiction leads to crime. Fortunately, Gov. Christie has gone out of his way to face addicts and others struggling with the effects of drugs, giving him proper perspective to most productively fight drugs in New Jersey. 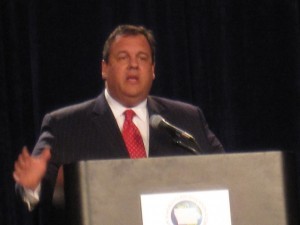 “I know in my heart this is a disease,” said Christie to The Jersey Journal. “You don’t treat a disease by locking someone in a cell.”

Last year in an effort to “give everyone a second chance,” Christie made drug court and drug treatment expansions a major area of focus.

Drug addiction is a public health issue. If it is the disease, the criminal violations related to it are merely symptoms. And until the criminal justice system helps those law violators overcome addiction, the symptoms will keep returning.

Former Governor Jim McGreevey is the spiritual advisor for the Integrity House drug treatment program. He says that while the national recidivism rate is somewhere around 66{74bbbd36a4df8b83bd1805c8c4f34bcc3063e84848f392c2fd8bb03fcdaa883e}, the rate for those who complete this program is only about 25{74bbbd36a4df8b83bd1805c8c4f34bcc3063e84848f392c2fd8bb03fcdaa883e}. And that is precisely because the cause of the symptoms is being addressed.

The state’s system of drug courts is more robust now than ever. When you are accused of a drug offense, your ability to go through a drug court program, however, will depend on a variety of factors. And despite what the tough-on-crime crew would have you think, drug courts are far from the “easy way out”. On the contrary, they are tough.