High crime rates sell newspapers. So, the fact that the New Jersey crime rate rising this year over last is being cited as major news is of little surprise. While the NJ State Police says crime overall is up 3{74bbbd36a4df8b83bd1805c8c4f34bcc3063e84848f392c2fd8bb03fcdaa883e} over last year, the crime rate, overall, has been falling for decades. Many people blame this recent spike on cop layoffs, particularly in Camden—the city known as the nation’s “most dangerous”. 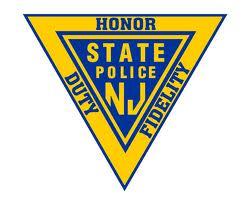 Why crime rises and falls is a topic of frequent debate, both among the public and even among criminal justice experts. While one study will link rising crime to a bad economy, a huge economic downturn is often accompanied with a lower-than-normal crime rate. Similarly, conflicting cause-and-effect information exists for police trends and enforcement policies.

One thing is true: New Jersey has fewer cops now than they did last year or two years ago. And this can be blamed on budgetary issues and a “poor economy” in general.

In Trenton, one-third of the police force was laid off. In Camden, all but 220 were fired, only to hire 40 back. On any given night, as the New Jersey Spotlight reports, only 12 police officers patrol Camden.

Last year Camden had the highest murder rate in its history—with 67, beating its prior record of 58. The city of only 77,000 has become a topic of serious heated discussion in the role of police, the cost of police, and how to better handle it all.

Their solution is to dissolve the local police department and replace it instead with a Camden County force, one which will have a “metro division” strictly for the city. This, they say, will save the city millions with an annual current cost $2 million less than the current police department. Overtime will be cut and salaries will remain constant.

Could the rise in crime in Camden this past year have something to do with the decrease in police presence? Without a doubt. But, there are likely other factors at play. If this were the only cause for increased crime, crime would disappear with an influx of cops. It won’t. And just boosting police presence can’t be the only answer for safer communities.

Poor communities, those often beleaguered with crime, need real opportunities. They need better support, education, and jobs. The answer  to what causes increased crime is a complex one, as should be the solution.