Public officials in New Jersey are entrusted by the people to put the interests of the state or their community above their own.

When they fail in this, they can be charged under N.J.S.A. 2C:30-2, Official Misconduct.

When a public official takes actions that appear to be motivated by self-interest and resulted in a benefit to him or herself, or the action improperly deprived another of a benefit to which they were entitled, their conduct may meet the definition of Official Misconduct.

Similarly, a failure to take proper actions with the intent of personal gain, or to improperly cause harm or loss to another, can garner the charge.

Official Misconduct is a crime of the second degree, which can carry a prison sentence of five to 10 years, plus heavy fines and restitution costs.

Official Misconduct charges are a risk for people working at various levels of government throughout the state, and will ruin your career even if you avoid conviction.

You can fight back and clear your good name. 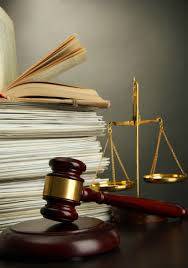