False Public Alarms (N.J.S.A. 2C:33-3) is the crime of knowingly circulating a false report of an impending emergency, like a bomb threat, threat of a crime happening, or other dangerous event, to a public place or place of assembly.

It is graded at a various levels, depending on the circumstances of the event.

It is a crime of the third degree to circulate such a report for the purposes of causing inconvenience or alarm. Third degree crimes carry a sentence of between three and five years.

It is a crime of the second degree if the defendant places an object that will falsely be construed as a bomb after circulating warnings of such.

Similarly, if someone is injured as a result of the false public alarm, it is a crime of the second degree (5-10 years).

If someone dies, it is a crime of the first degree, and may carry heightened sentencing options beyond the 10-20 years base penalty.

N.J.S.A. 2C:33-3 also criminalizes making calls to 911 emergency services without the intent of reporting an emergency.

This is a crime of the fourth degree, which carries a sentence of up to 18 months.

While you may feel that you or a loved one got a bad idea for a prank, False Public Alarms is a serious crime with serious penalties.

It’s vital that you work with an experienced New Jersey criminal defense attorney to protect your rights and safeguard your future.

If you need help with false public alarms charges, call Matthew Reisig today at 732-625-9661 for a free consultation with a lawyer experienced in defending False Public Alarms cases. 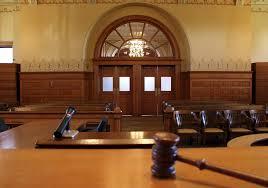