Hindering Apprehension or Prosecution (N.J.S.A. 2C:29-3) in New Jersey is the charge that most people would describe as “aiding and abetting.”

In effect, if you provide support to a person you know is wanted for a crime, you can be charged under N.J.S.A. 2C:29-3. Specifically, the statute criminalizes these types of conduct:

Grading is based on several factors. First, the severity of the crime that the wanted person is being charged with.

Hindering Apprehension or Prosecution (N.J.S.A. 2C:29-3) is a crime of the third degree when the person aided is charged with a second degree crime or higher.

However, when the actor is a spouse, parent, or child of the person aided, the charge is a fourth degree crime.

When the person aided is charged with a crime of the third degree, the Hindering charge will be graded as a fourth degree crime.

Otherwise, it is considered a disorderly persons offense.

Sentencing for third degree crimes is between 3-5 years. For fourth degree crimes, it is between 12-18 months. For disorderly persons offenses, the maximum is six months.

Hindering Apprehension or Prosecution is a serious crime in New Jersey that can put you in prison even if your intentions were good or you believed the person was innocent. 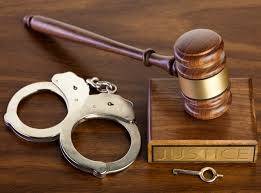