If you use force, threats, dangerous instruments, or deadly weapons, Escape is a crime of the second degree, with a sentence of between five and 10 years if convicted.

Otherwise, Escape is charged as a third degree crime, with a sentence of between three and five years.

Leaving the state or going into hiding while on probation can also result in Escape charges at the third degree level.

Finally, if you are an employee of a detention facility and knowingly or recklessly permit an escape, or otherwise facilitate an escape, you will also be charged with a crime of the third degree, unless the escape involved threats, force, or dangerous or deadly weapons, in which case it will be a second degree charge.

Escape is a serious allegation that can cause ex-offenders to mistakenly be pulled back into the criminal justice system.

Failure to notify authorities of a move is considered evidence of intent, but circumstances often arise that make timely notification impossible.

There are defenses against Escape charges in New Jersey.

If you or a family member are facing escape charges, call attorney Matthew Reisig today at 732-625-9661 to speak to an experienced New Jersey criminal defense attorney for free. 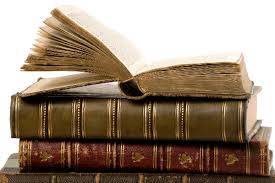