The medical marijuana registry in New Jersey opened last week on August 9. Unlike in Arizona, where 718 people applied in the program’s first week, New Jersey’s program is off to a slow start. The reason? The standards are difficult to meet, the pot is too expensive, and it’s also very weak. 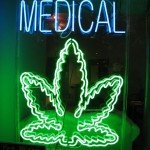 According to the Associated Press, the state of New Jersey says that within the first week of the program, only 50 have been identified as eligible for participation by doctors.

Under the law, patients must first receive a recommendation from a physician and only then can they submit an application. But the number of doctors participating is limited. They too have to register with the state if they want to review medical-pot-hopefuls.

Around 150 doctor’s offices have signed up. Twenty-three of those have said they are accepting new clients. About the same number have said they don’t plan on recommending pot at all.

Chris Goldstein of the Coalition for Medical Marijuana of New Jersey has said that patients are going underground and bypassing the new program. It’s simply not worth the effort. According to the AP, the prices will be too expensive, the drug too weak, and the conditions to register are far too restrictive.

He suggests that patients who truly want access to legitimate medical marijuana should move to a state with more lenient laws, like Rhode Island or Maine.

Interest is high in the program, but people simply can’t qualify under the strict laws. While conditions including cancer, glaucoma and multiple sclerosis could qualify a patient, the costs are prohibitive and it’s simply easier to continue getting pot from your friendly neighborhood dealer.

The registration card, good for two years, costs $200 and the pot is well over $100 per ounce.

Medical marijuana laws are spreading around the country, and those in New Jersey are without a doubt, some of the strictest. Yet scientific studies continue to show the benefits of medicinal cannabis.

If you are facing charges of pot possession, cultivation, or even distribution, we may be able to help. Contact our offices to discuss your case and your options.