When you drive your car down the street, there is a good chance that your movements are being tracked. Police cameras that automatically scan license plate numbers and retrieve information about the driver and vehicle are now widely used among local and federal law enforcement officials. Yet the implications of this massive government surveillance and data gathering effort have barely been explored or discussed by the public at large. 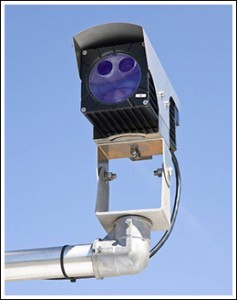 Theses devices are commonly known as Automatic License Plate Reader (ALPR) scanning machines. These ALPR devices use state-of-the-art technology to accurately read license plate numbers that pass within range of their cameras. They are then instantly matched with a database of vehicles sought for violations, and an officer in the car alerted if a flagged car is found.

Courts have held that police officers are legally allowed to arbitrarily look up license plates of cars on the road without any cause. But these automated systems multiply that ability by a factor of  100 or more.

Occasionally a new deployment of police technology in New Jersey or elsewhere makes the news, but by now these systems are becoming routine, and are often not noticed.

How Does the System Work?

ALPRs use optical character recognition to determine the license plate number of vehicles. The devices are designed to work with video cameras mounted on police cruisers. They can also be used with stationary surveillance cameras. Such systems are already being used in many cities, such as New York, to enforce toll collection and pay-as-you-drive roads.

There are a number of steps in the process follow after taking a picture of the vehicle, whether moving or stationary. The system locates the plate on the vehicle, determines determines which part of the car is the license plate and initiates complex computer modeling  to recognize all the characters of the plate.

In a matter of milliseconds the system has identified the tag number, and state. The license plate is stored with time, data, and location data, and then matched with a database of cars that  are sought after. If there is a hit, the driver’s info pops up instantly on the screen, altering the officer in the car.

What Types of Vehicles and People are Targeted?

The most common uses for police mounted systems are for finding stolen vehicles, people wanted by the police on outstanding warrants, or driver’s who may have suspended driver’s licenses. The can also be used to find cars wanted in Amber Alerts, or other persons of interest. Certainly there is a legitimate use for finding these cars and instantly alerting a police officer to investigate a vehicle nearby.

Parking enforcement is another use that is becoming more common with mobile plate scanners. Such a system can capture multiple hits of a car in the same location, triggering an alert on subsequent passes that the car has overstayed it’s parking restriction.

Other uses can be for tracking the location of sex offenders. If a registered sex offender has a car parked within a certain distance of a school or other restricted zone, that alert can be instantly identified.

And stationary cameras have been used for some time to identify and automatically ticket people speeding, or running through red lights. These motorists can be scanned and mailed traffic citations based on images captured at these locations, after a lookup of the license plate. Stationary cameras could also be adapted to enforce texting while driving bans or other forms of distracted driving.

Though the use of stationary surveillance cameras by city police departments has been somewhat controversial, the issue is drawing even more attention now as the Federal Homeland Security Department is funding more public monitoring systems to defend against terrorist attacks.

For several years, a systems to track all cars entering New York City has been in development. Called Operation Sentinel, the system will scan all cars entering Manhattan via bridges and tunnels, as well as monitor radioactivity, searching for a nuclear or dirty bomb. Demand for better surveillance and monitoring programs in New York are increasing after the efforts of the recent Times Square bomber, even though there are already 82 city surveillance cameras in Times Square alone.

In Boston, a web of security cameras is being deployed all around the city and surrounding region as part of anti-terrorism efforts.

These programs have been alerting people to the new privacy concerns associated with this level of government monitoring. But it is likely that this trend will only continue as the demand for security increases, and the cost of the technology decreases. A police car mounted scanner like the Mobile Plate Hunter 900 runs for about $20,000, and there are fixed models as well. 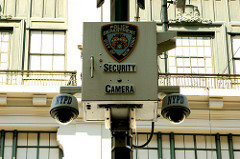 In many cities, it is increasingly difficult to be out of sight of the city’s traffic monitoring and security cameras. There are certainly real safety benefits to this, and most citizens are happy about this aspects of crime prevention, and want to feel safer. But few people may realize how often they are watched and tracked, and probably haven’t considered the implications of the totality of this monitoring.

Other countries are deploying government surveillance and tracking technologies even more widely. In Hungary, they use ALPR systems because their laws do not allow police officers to pull over moving vehicles. So, the country’s officers simply track the license plate number and wait for the system to tell them that the vehicle is now parked. Law enforcement officials can then track the vehicle and the individual whom they are looking for.

The United Kingdom also has an extensive plate recognition system located throughout its major cities. Every motion of a vehicle is stored for 5 years at the country’s intelligence centers in order to use later as evidence. The surveillance apparatus in London is so pervasive, it is referred to as the “Ring of Steel”, although new Prime Minister Nick Clegg has said that he plans to pull back on the use of these systems.

But some countries, such as Germany, have ruled that the use of automatic license plate readers are illegal because they violate the right to privacy.

The debate in the United States continues about whether this is a good thing for the citizenry and our freedom, yet despite some outcry, new monitoring systems are being deployed everyday.

What Happens With All of the Data?

One of biggest concerns for civil libertarians have with the use of ALPR systems is the amount of data collected and stored. Location data is gathered on people who are not suspected of breaking any laws.  Law enforcement officer’s claim that personal data is not pulled up unless a licence plate is a “hit’, and has been flagged for some reason. But all that data still exists, and can easily be searched retroactively to identify someone’s location in the past.

The more ALPR systems that are in use, the more data is gathered. This data can easily be merged between agencies to assemble a frightening amount information about where you have been.

And it remains an open question who would have access to this information. If a police officer of government official searches for your license plate across all databases, what can they learn? Probably your commuting habits, perhaps your favorite lunch spot where your car is parked every Tuesday and Thursday, and who knows what else.

What Kind of Data Mining is Possible? 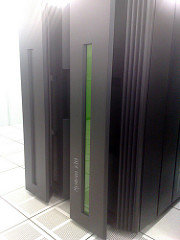 Beyond where your car was tagged, what else can be pulled out of the databases? We can speculate about what these systems will be capable of doing in the future. By correlating location data, they can search for other patterns and associations. Certainly they can analyze when certain cars are close to each other and found at the same location.

Then they can draw algorithmic associations about what individuals might be associated with each other. It would be easy to work backwards from those who attend political rallies or any other gatherings.

Countless opportunities for guilt by association and circumstantial evidence will become apparent. If you have common interests or your kids are friends with the kids of someone who is being investigated, you can easily imaging finding yourself being investigated and interviewed based on time you have been parked near someone’s home.

Our country has made dramatic advances in technology over the past few decades that have helped our streets to become much safer. And there is no doubt that ALPR technology has tremendous efficiencies for law enforcement and benefits for all. But we need to take a very detailed look at the privacy we are be giving up if our cities and communities continue to adopt this sort of technology without any controls on it’s use.