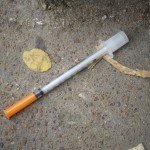 In many cases, where an addict is at their wits end and ready to quit—in far too many cases, according to the Philadelphia Inquirer—they are being turned away from treatment centers. And many of them are dying as a result.

In 2010,there were 884 drug overdose deaths in the state of New Jersey. In 2011, that number jumped to 1,000. Across the country, drugs are now blamed for more accidental deaths than car accidents, previously the leading cause of accidental deaths. And while some officials recognize that jail and prison isn’t the answer, sometimes it seems that’s the only way to get help.

With too few drug treatment facilities, and an even smaller number of open beds within those facilities, New Jersey treatment centers are often filled to the brim with court-ordered clients. This means, they don’t have room for the people who have not been accused of a crime, those who are attempting to be pro-active and get help before they go down the wrong path.

Many of these people, who haven’t been ordered to treatment by a judge, are left to fend for themselves or even go out of state to get help.

Governor Chris Christie recognizes the need for more treatment facilities. He understands, for the most part, that addiction should be treated as a health issue as much as a criminal issue. After sitting on the board of a local treatment facility for five years and being a former prosecutor has given him some insight into the matter. And it was these factors that played a role in his effort to mandate drug treatment for nonviolent offenders.

Treatment is cheaper than jail. But many addicts must first be arrested and charged with a crime before they can get to the treatment they need. While drug offenses are often considered “victimless crimes,” they hurt the addict. If we were able to sink some of the millions spent on incarceration into valuable new treatment facilities, we may be able to curb the direct route many take from the needle or pipe to the prison cell.

If you are charged with a drug offense—whether it’s possession of heroin, cocaine, or even trafficking—we may be able to help. Contact our offices today to discuss the details of your case.