Corrupting or Influencing a Jury

Corrupting or Influencing a Jury (N.J.S.A. 2C:29-8) is an extremely serious charge in New Jersey that can be graded as a crime of the first degree in certain circumstances.

Most seriously, people who use threats or force to influence a jury in cases involving murder, manslaughter, terrorism, aggravated assault, kidnapping, sexual assault, carjacking, and a laundry list of other serious felony crimes will be charged with a crime of the first degree and face a sentence of a decade or more if convicted on the charge.

When threats or force are used to influence a juror or jury in a case that doesn’t involve one of those serious felonies, the charge is a crime of the second degree, with a sentence of five to 10 years and a fine of $150,000 if convicted.

When threats or force are not alleged to have been used, you’ll be charged at the third degree level, and face a sentence of three to five years if convicted, and fines of $15,000.

While most third degree crimes are prosecuted with a presumption of non-incarceration for first offenders, the statute specifies that the presumption does not apply to cases of Corrupting or Influencing a Jury.

These allegations are incredibly serious, and must be faced assertively by an experienced attorney.

If you’re facing charges for Corrupting or Influencing A Jury under 2C:29-8, call Matthew Reisig today at 732-625-9661 for a free consultation with an experienced New Jersey criminal defense attorney.

People who are charged with a crime are often desperate to be acquitted, and can go to great lengths to sway a jury, or a single juror.

Those who engage in illegal manipulation of juries and jurors may be charged with Corrupting or Influencing a Jury (N.J.S.A. 2C:29-8) in New Jersey, and can face significant exposure to prison and fines depending on the particulars in the complaint.

Finally, if the case in question is any of a number of extremely serious offenses, including murder, aggravated assault, sexual assault, and aggravated arson, and force or threats of force are used, you’ll be charged with a first degree crime and face up to 20 years in prison.

Attorney Matthew Reisig defends people in New Jersey against even the most serious criminal charges.

If you or a family member need help with Corrupting Or Influencing A Jury charges, call 732-625-9661 today for a free consultation with an experienced New Jersey criminal defense attorney. 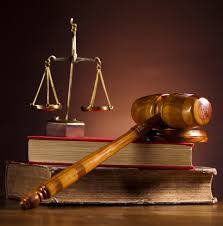