The key difference between murder and manslaughter is the element of intent.

In manslaughter cases, the defendant is not accused of intending to cause a person’s death, but recklessly engaged in conduct that created the means of a person’s death.

Though the state doesn’t have to prove that you intended to cause a death, Aggravated Manslaughter is, like murder, a crime of the first degree with a sentence of 10-30 years if convicted.

If you’ve been charged under 2C:11-4a, your entire future is at risk.

The accusation that you caused another person’s death, even accidentally, is often enough to cause huge social disruption and close off opportunities throughout your life, even if you’re never convicted.

The penalties if you’re convicted of aggravated manslaughter are extremely serious and your defense deserves the attention of an experienced attorney.

Get the right kind of help to protect your rights and freedom.

Manslaughter (N.J.S.A. 2C:11-4b) differs slightly from murder in that recklessness or provocation is an element of the crime.

That doesn’t mean it isn’t an extremely serious charge, or that the lack of intent is any kind of defense.

Tragic accidents and moments where you lose control result in manslaughter charges, and extremely negative outcomes for defendants, all the time.

As a crime of the second degree, penalties for being convicted of manslaughter mean you’ll spend five to 10 years in prison and face heavy fines, up to $150,000. After all that, you’ll have to live with a felony record for the rest of your life.

Manslaughter cases are often extremely emotional as the defendant is frequently a friend or family member of the victim.

The people in a manslaughter defendant’s life may have taken sides, and the entire experience can be as punishing as any sentence the court can hand down.

It’s very important that people charged with manslaughter get experienced and informed legal help to provide perspective and a sound strategy to address the charges.

Whether you intend to present a vigorous defense against the charges or simply want to negotiate the best outcome, an experienced lawyer can help.

Reisig has defended people in New Jersey against even very serious criminal charges for nearly 20 years.

Aggravated Manslaughter (N.J.S.A. 2C:11-4) is one of the most serious charges you can face in New Jersey, and sentencing is based on factors that a judge must weigh.

There are two ways to be charged with Aggravated Manslaughter.

First, if you cause the death of another person recklessly, under circumstances manifesting an extreme indifference to human life, you are facing a sentence of between 10 and 30 years in prison.

The other way to be charged with Aggravated Manslaughter under N.J.S.A. 2C:11-4 is to cause the death of another person while fleeing the police.

Conviction of this First Degree crime can result in a sentence of between 10 and 20 years.

You’re facing some of the most substantial charges that prosecutors can levy, and you can count on them to bring their very best case to court.

Your only choice is to work with a serious criminal defense attorney who can fight for your rights and freedom. 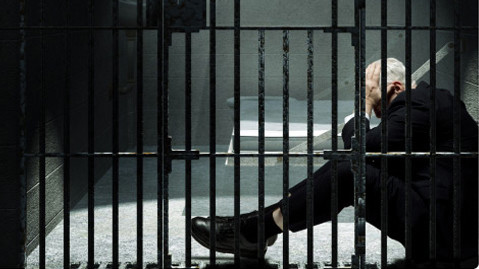 Manslaughter (N.J.S.A. 2C11-4) in New Jersey is a Second Degree crime with a maximum sentence of up to ten years in prison.

If you’ve been charged with Manslaughter, it means that prosecutors believe they can prove that you caused another person’s death recklessly, or that you were in the heat of passion caused by a reasonable provocation.

Even though Manslaughter is not a crime of intent, conviction will leave you with a felony record and years lost to prison.

Sometimes things go terribly wrong, but that doesn’t make you a criminal.

Even when tragedies have happened, you are entitled to the best possible manslaughter criminal defense available and the right to try to clear your good name. 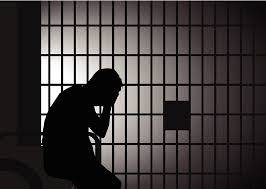