Entering or remaining in a place without permission, and with the intention of committing a crime there, is charged as Burglary (N.J.S.A. 2C:18-2) in New Jersey.

The charge is extremely serious, and a conviction for Burglary will always leave you with a felony record. As a base charge, Burglary is a crime of the third degree, and carries a potential sentence of three to five years and fines up to $15,000.

However, if during the burglary you threaten or harm another person, even accidentally, or if you are armed with weapons or explosives, the charge is enhanced to the second degree level.

If you’ve been charged with Burglary in New Jersey, you can’t risk facing the charge alone.

An experienced New Jersey criminal defense attorney can approach your case with a view to the best outcome for you – from negotiating with prosecutors to achieve a reduction in the charges, alternative sentencing, or outright dismissal, to defending you in court.

If you or a family member need assistance with Burglary charges, call 732-625-9661 today and talk to a lawyer.

When one rents, leases to own, purchases property on an installment plan, or otherwise acquires property for compensation and then fails to make the required payments, they can be charged with Theft by Failure to Make Required Disposition of Property Received (N.J.S.A. 2C:20-9) by New Jersey prosecutors.

Like all theft crimes, the charges will be graded based on the value of the goods, with the lowest grade for property under $200.

This is a disorderly persons offense with a possible six month sentence if convicted.

When the property is valued between $200 and $500, the charge becomes a crime of the fourth degree with a sentence of up to 18 months.

When the value of goods is between $500 and $75,000, you’ll be charged at the third degree level and risk three to five years if convicted.

When the value is above $75,000, the charge becomes an extremely serious second degree crime, with a sentence of between five and 10 years if convicted.

There are defenses for every charge, and it is possible to fight back against allegations of Theft by Failure to Make Required Disposition of Property Received and win.

If you or a family member need help with Theft By Failure To Make Required Disposition Of Property Received charges, call 732-625-9661 today and talk to an experienced New Jersey criminal defense attorney for free.

Receiving Stolen Property charges (N.J.S.A. 2C:20-7) in New Jersey carries the same penalties as if you had stolen the property yourself.

The charge will be graded based on the assessed valued of the stolen property you received, starting with goods worth between $200 and $500 as a fourth degree crime.

Receiving Stolen Property charges are dangerous at any level, and conviction can have far-reaching implications for the rest of your life.

If you’ve been charged with any theft crime, get experienced help right away.

Theft of Services (N.J.S.A. 2C:20-8) in New Jersey can be prosecuted in a number of different ways.

First, there is the base allegation, that you stole services from a provider, without authorization or through fraud, deception, or some other means, and without compensation.

Charges for this conduct will be based on the value of the services stolen, and can be levied as anything from a disorderly persons offense (six months maximum if convicted) to a crime of the second degree (a sentence of between five and 10 years if convicted.)

Additionally, there are a variety of specific circumstances described in the statute, such as defrauding the phone company through use of a computer.

This is a crime of the third degree, and you can face three to five years if convicted.

The statute specifies that restitution of $500 will be paid to the service provider for every count, so for those who manufacture descramblers or write software designed to defeat filtering tools for cable or telecommunications, the financial penalties can be extremely steep.

Theft of Services is a complex statute that covers a lot of ground, and you should work with an attorney who can tease out the specifics of the allegations against you, then attack them head on.

Whether you were in possession of altered goods or are charged with dealing in stolen property, the charges will be graded according to the value of property, as determined by the court.

When the value is less than $200, theft is a disorderly persons offense, with a maximum penalty of six months in jail and a fine of $1,000.

When the value is above $75,000, you’ll face charges at the second degree level, and a sentence of between five and 10 years if convicted.

Fines for second degree crimes run as high as $150,000, and you’ll also pay restitution to victims.

Theft crimes are prosecuted aggressively in New Jersey, so it’s vital that you get the best defense available.

Criminal Attorney Helps With Use Of Personal Identifying Information Of Another (N.J.S.A. 2C:21-17.2) Charges

If you use fraudulent documentation in an attempt to obtain a driver’s license, birth certificate, or other official document, you can be charged with a second degree crime under the Use of Personal Identifying Information of Another (N.J.S.A. 2C:21-17.2) statute in New Jersey.

This can include using another person’s birth certificate or driver’s license, or using forged documentation to obtain legitimate documents.

As a second degree crime, you can face up to 10 years in prison if convicted.

These charges are considered quite serious, and are often accompanied by other charges and even other co-defendants.

It’s vital that you get the most experienced legal help available when prosecutors charge you under Use of Personal Identifying Information of Another.

If you or a family member need help with Use of Personal Identifying Information of Another charges, call attorney Matthew Reisig today at 732-625-9661 for a free consultation with an experienced New Jersey criminal defense attorney. 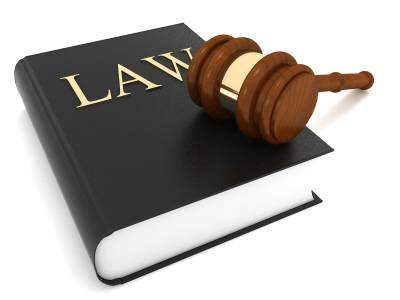