The good news when facing a possession charge for less than five grams of hashish (N.J.S.A. 2C:35-10a(4)) is that the charge is a disorderly persons offense, comparable to a misdemeanor in other states.

That doesn’t mean possession is nothing to worry about, though.

If convicted, you may still face up to six months in jail, loss of driving privileges for at least six months, fines of $1000, and hundreds of additional dollars in fees and assessments. 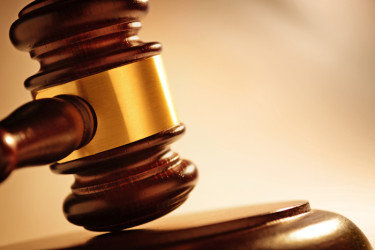 For first offenders, there is a presumption of non-incarceration, meaning that you’ll likely serve no time for the possession charge.

There are also alternatives like conditional discharges that some possession defendants are eligible for.

Completion of the conditions, which may include rehab or substance abuse counseling, within the allotted time will result in your case being dismissed and you walking away without a criminal record to limit your opportunities down the road.

An experienced criminal defense attorney can mean the difference between a resolution that lets you get back to your life, and criminal sanctions that haunt you for years to come.

Attorney Matthew Reisig has successfully represented clients all across New Jersey as they fight drug possession charges. Call 732-625-9661 for a free consultation today.

Possession of more than 50 grams of marijuana in New Jersey (N.J.S.A. 2c:35-10a(3)) is a Fourth Degree Crime, comparable to a felony charge in other states.

Penalties can run as high as 18 months in jail, with a $25,000 fine, various fees and assessments, plus a 24 month suspension of your driver’s license. 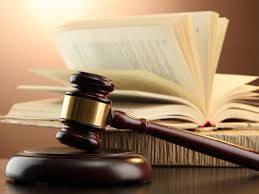 Aside from the obvious penalties, keep in mind that even when you return to society, you’ll be left with a drug conviction on your record that will be visible to employers, colleges, landlords, and others who have enormous power to shape your life.

The best choice you can make once you’ve been charged with possession of marijuana in New Jersey is to contact an experienced criminal defense lawyer familiar with the intricacies of drug laws and drug cases.

Attorney Matthew Reisig represents clients all over New Jersey who’ve been arrested for possession of marijuana.

The severity of the penalty for conviction of less than 50 grams of marijuana (N.J.S.A. 2C:35-10a(4)) has almost as much to do with the offender and his or her legal defense as it does with the statute itself.

While conviction can carry a jail sentence of up to six months, first time offenders have a presumption of non-incarceration, and in many cases, marijuana possession charges can be handled through conditional discharges or other alternative approaches. 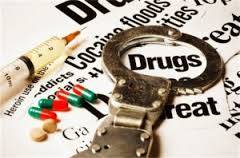 Aside from the potential six month sentence, conviction also carries a $1000 fine, plus approximately $700 in various fees and assessments.

Your driving privileges will also be suspended for at least six months, and as long as two years.

When facing marijuana possession charges, an experienced attorney can make a big difference in how your case plays out.

Penalties for the manufacture and sale of methamphetamines in New Jersey vary with the quantity of the drug, with amounts under half an ounce garnering a potential sentence of five years in prison and a $75,000 fine.

Quantities above five ounces can result in prison time up to 20 years, and penalties can be enhanced if sales occurred near schools or in public parks.

It is possible to convert an intent to distribute charge to a lesser charge of simple possession, but you need to act fast to retain informed, aggressive counsel who can argue your case thoroughly.

The State of New Jersey takes drug trafficking extremely seriously, and even more seriously when methamphetamines are involved.

Attorney Matthew Reisig protects clients everywhere in New Jersey, and can make a difference in the case against you.

Call him today at 732-625-9661 for a free consultation with an experienced New Jersey drug crimes defense lawyer.

As with most drug prosecutions, possession of methamphetamines in New Jersey is graded based on the amount of the drug you were caught with.

For possession of less than half an ounce, you’ll be charged with a third degree crime, carrying a sentence of up to five years and a $15,000 fine.

Possession of between half an ounce and five ounces of meth is a second degree crime, which can put you away for ten years, with a $150,000 fine.

Possession at this amount or higher risks additional charges, like distribution.

There are several factors that can enhance penalties, such as being within a school zone.

You can also be prosecuted for being under the influence of meth, and the state’s burden of proof in that case is very low.

If this is your first drug offense in New Jersey, you likely have avenues for alternative sentences that can keep you out of jail.

Yes, juveniles caught possessing marijuana in New Jersey will lose their driving privileges for two years, as well as facing big fines and the potential of a sentence to a juvenile detention facility.

While the presumption for first time offenders is to avoid the harshest penalties, judges in New Jersey don’t just let a marijuana possession incident slide.

Your child may be eligible for a number of alternative sentencing programs that can help mitigate the consequences.

A record that includes punishment for drug possession can negatively impact your child’s ability to get into college, get student loans, find an apartment, and get a good job.

Attorney Matthew Reisig has successfully defended juveniles throughout New Jersey, and understands that when a young person is facing serious charges, it affects everyone in their life.